Qu.A.C. undertakes a wide range of projects for different clients - from metropolitan historical excavations and assessments, to remote survey work, to intensive historical research. We undertake major projects sequentially, meaning that our time and effort is focused on a single project at a time. With our extensive experience in archaeological survey, excavation analysis and archival research, we can fulfil all the requirements of cultural heritage management legislation.

Check out our photos and brief description below of what we have been working on recently.

Qu.A.C. archaeologists are in the process of cataloguing, researching and writing up an excavation that was recently completed in Franklin Street, opposite the Queen Victoria Markets in Melbourne CBD. The dig site (which was occupied until recently by an early 20th century warehouse) held the remains of Melbourne's 19th Century Soho Foundry, associated outbuildings, and the foundry owner's house.

The Soho foundry was first established at this location in the early 1860s, and continued operating in various incarnations until its final demolition in the early 20th century. The site is representative of an important industry in early Melbourne, and the site of the Soho foundry is currently the only example of an entire 19th century foundry footprint that has been subject to archaeological assessment and excavation in Melbourne. Qu.A.C. were excited to collaborate with Reeds Consulting on this project, who used photogrammetry to create 3d impressions of parts of the site. Qu.A.C. also invited Dr Herries of the Australian Archaeomagnetism Laboratory & La Trobe University Archaeophysics to undertake some archaeomagnetic sampling of bricks found within the former foundry complex.

" 'It's all right', Phaedrus said. 'We just accidentally stumbled over a genuine question and the shock is hard to recover from' " - Pirsig 1974: 209. 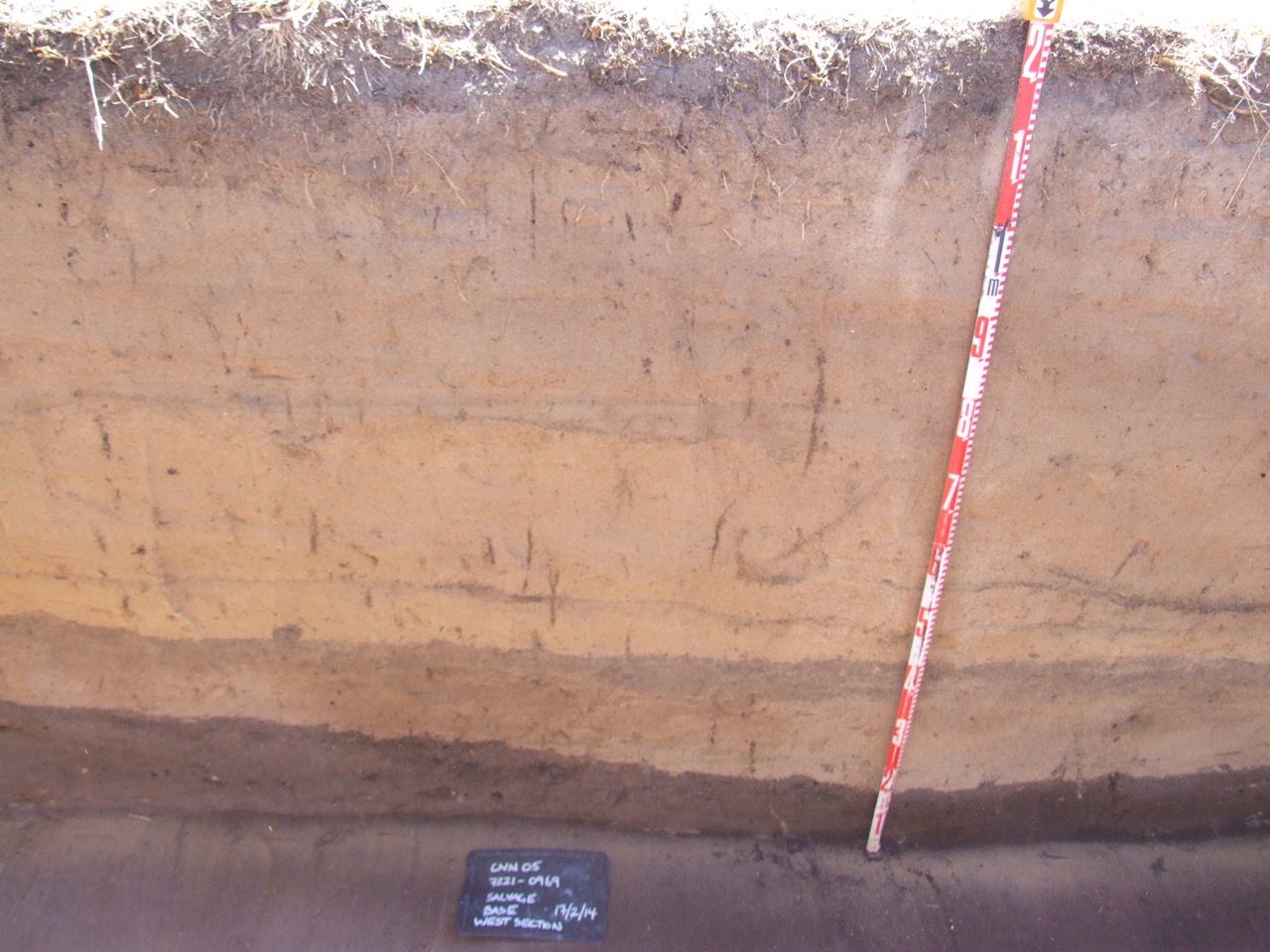 Qu.A.C. was engaged by Pacific Hydro to undertake a Cultural Heritage Management Plan and subsequent multi-site salvage on two distinct landforms near Portland, Victoria, ahead of a wind farm development. Because of the timing of the development and changes to legislation in the course of its planning and construction, this project was undertaken concurrently with construction, and involved a review and gap analysis of previous archaeological work undertaken at the site.

The assessment and salvage excavations undertaken as part of this project highlighted the presence of extensive shell middens in a dune system kilometres from the coast, and resulted in the identification of a number of artefact-bearing buried land surfaces such as that shown in the photo, above. 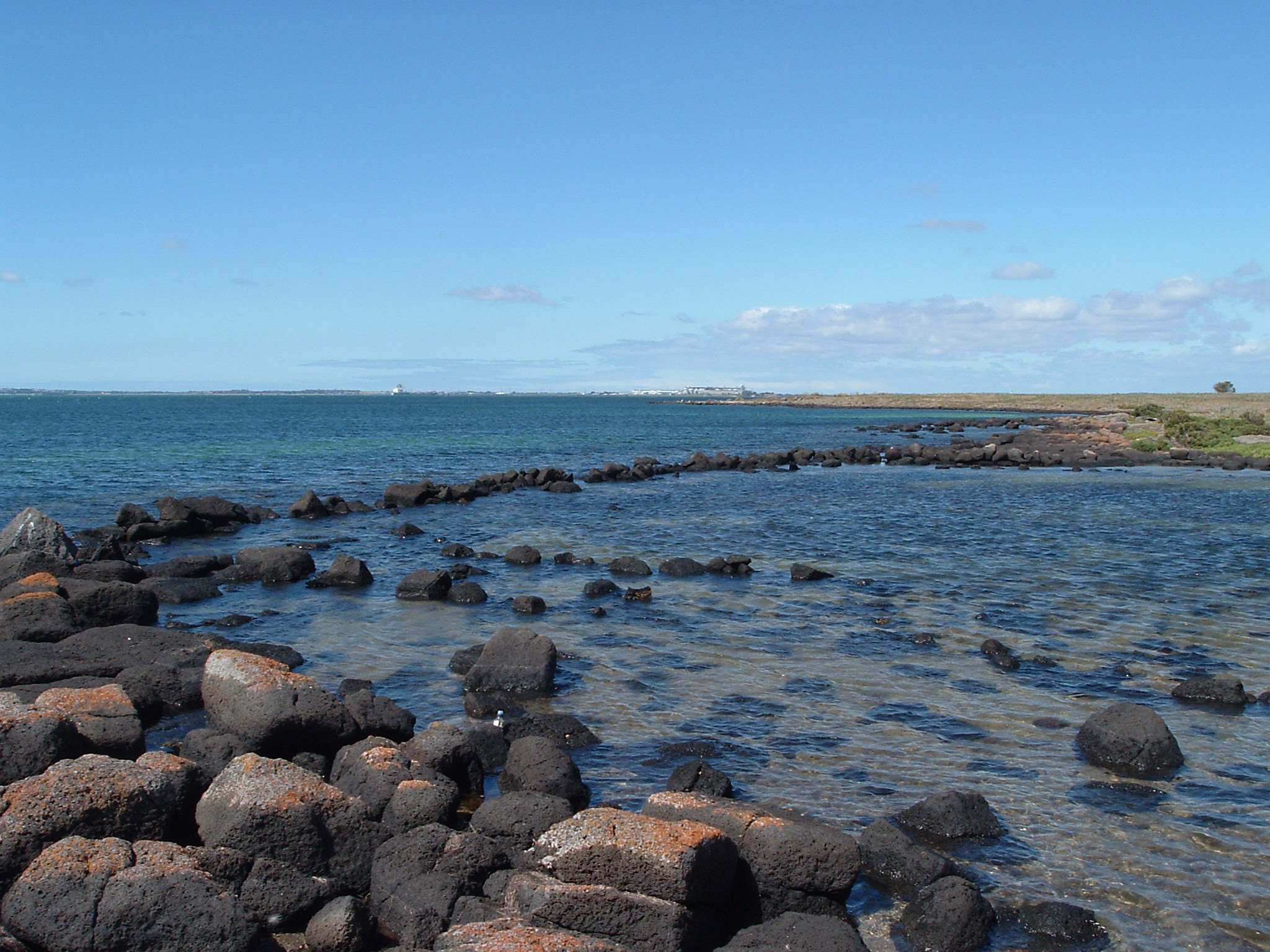 This project, commissioned by Aboriginal Affairs Victoria (now the Office of Aboriginal Victoria), aimed to provide a reference document for OAV staff, heritage professionals and other interested parties for identifying and assessing stone structures in southwestern Victoria. 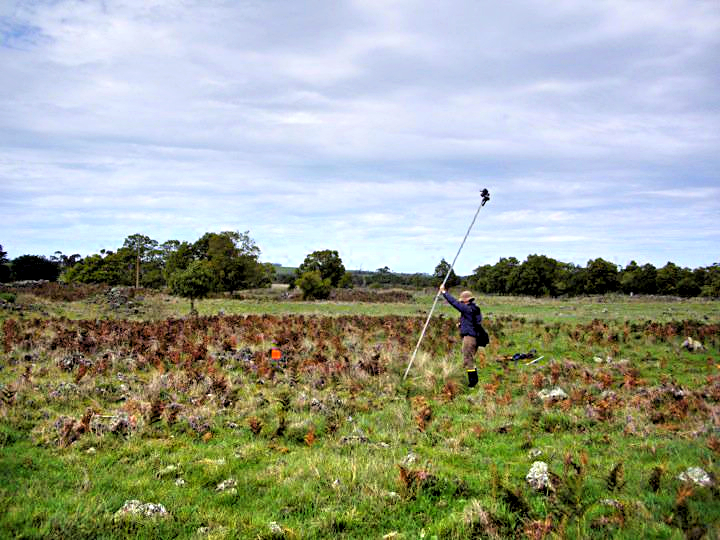 This project, commissioned by Aboriginal Affairs Victoria (now the Office of Aboriginal Victoria), consisted on a Cultural Heritage Audit of three properties in southwestern Victoria, undertaken as part of a handing-back process - where properties owned by the State Government were transferred to Gunditj Mirring Traditional Owners Aboriginal Corporation.

The project involved: a review of the extensive archival material and existing site records gap analysis; a fieldwork component to record unregistered sites and assess existing records through an on-ground check; consultation with Gunditj Mirring regarding the preferred potential uses of the properties; and preparation of a report for AAV (now OAV) and Gunditj Mirring Traditional Owners Corporation detailing the results of the audit.

Qu.A.C. was initially engaged by Ochre Imprints to undertake an open area salvage excavation of two Aboriginal archaeological sites. While this excavation was in progress, the remains of an historical structure were uncovered. Further research and investigation of the historical structure and its context was then undertaken in addition to the original salvage excavation, in consultation with Heritage Victoria.

A technical report, including the analysis of all excavated materials, was provided to both Aboriginal Affairs Victoria (now the Office of Aboriginal Victoria) and Heritage Victoria at the completion of this project.